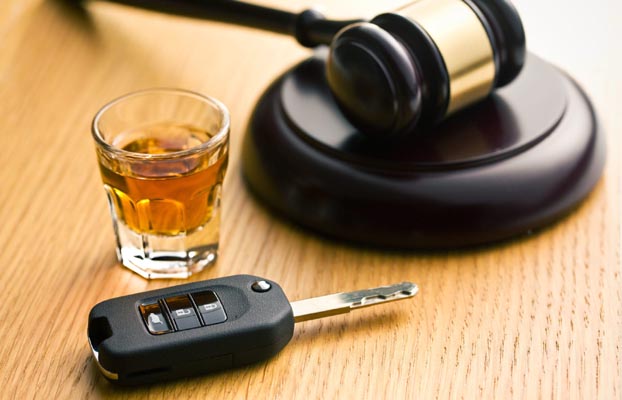 Drunk driving is a crime that is punishable by law in the United States. Unfortunately, despite the strict measures put in place to reduce crashes caused by intoxicated drivers in the United States, they are still very common. Alcohol impairs the driver’s coordination, concentration, reaction time, and perception. Even a small amount of alcohol can hinder a person’s driving ability, but the risk of getting into a car crash greatly increases when the driver’s Blood Alcohol Concentration (BAC) is 0.08% or higher, which is the legal limit that has been set in most states.

If you have been injured by a drunk driver, you can file a lawsuit against the driver and get compensation for your losses like medical expenses, pain, suffering, and lost income.

Furthermore, if the liable party is convicted of drunk driving offenses, they may be required to pay fines, complete community service, serve jail time or fulfill other court-mandated requirements. In addition, convicted intoxicated drivers may lose their driving rights for some time and may also have to install an ignition interlock device.

How to pursue compensation

The drunk driving accident victim may be able to seek compensation against the responsible party by filing a lawsuit against them with the help of a lawyer. Your lawyer can answer all your questions, investigate the factors that caused the crash, and pursue a favorable settlement for you. If the case does not settle out of court, then the legal expert can represent you at trial.

The legal standard for alcohol intoxication

The legal standard for alcohol intoxication varies from state to state because it is jurisdiction specific. In many jurisdictions across the United States, a driver is said to be intoxicated if they are operating a motor vehicle with a BAC of 0.08% or higher.

Therefore, the legal system believes that a person is intoxicated at that level, whether he or she is impaired or not. Moreover, in many states, a driver can be arrested if they are driving while intoxicated, even if they have a BAC of 0.07% or less, especially if they appear impaired.

How does alcohol hinder a driver’s abilities?

Drinking alcohol before driving a vehicle impairs a driver’s abilities because alcohol is a depressant that slows down the function of the central nervous system. Drivers who have consumed alcohol are more likely to experience blurred vision and delayed reaction time while behind the wheel.

Therefore, the driver may not act fast enough to avoid a severe vehicle crash. When a person drives while intoxicated, they may collide with a pedestrian, another vehicle, or a stationary object. The victims of these crashes may sustain injuries like fractures, soft tissue injuries, spinal cord injuries, damage to internal organs, and even death.

To conclude, if you are a victim of a DUI accident, you can be legally compensated by the intoxicated driver who caused the collision. You can take legal action against the responsible party and get compensated for your losses. You can simplify the process of seeking justice by retaining an advocate to fight for your rights.